With the rise of an American market tailored towards developing electric vehicles, automobile companies are looking to be a part of this upcoming trend. It is also quite difficult to enter the automaker industry considering the industry is defined by brands that have experience and an established name in the EV market. Yet, to make things even more complicated, international brands from Italy and China are also trying to enter the American market from overseas.

Many companies are trying to enter the race towards EV production. However, most companies, domestic or international, struggle to remain competitive. But that is not stopping VinFast.

Established in Vietnam, VinFast was developed by VinGroup in 2017. The history behind what is now a developing EV production company started as something much more simplistic. In 1993, Phạm Nhật Vuong founded VinGroup, a company that began its legacy by selling dried foods in Ukraine prior to its move to Vietnam. And in 2000, the company relocated to Vietnam to establish a more effective business model.

Now, in 2022, VinFast is becoming the main point of many conversations surrounding the electric car market in the United States. Thus, it is important to note the boldness of the VinGroup and their other operations, which includes smartphone production, managing animal conservations in Southeast Asia, producing pharmaceuticals, and owning amusement parks.

Therefore, it is needless to say that the VinGroup is creative, innovative, and ready to take chances in order to achieve greatness. They are also not afraid of America’s established competitors. Yet, like many automobile industry analysts, VinFast knows that the market is young and it is only the beginning of electric car production. So why not roll the dice?

Companies cannot thrive without the support of its consumers. And in Vietnam, VinFast epitomizes pride and passion, as Vietnamese residents, in addition to governmental support in places like Hanoi. Thus, in accordance with their strong domestic following, VinFast is looking to also gain support of U.S. governmental figures and citizens.

VinFast’s journey began in 2021 in Los Angeles, California. At an Auto Show in the City of Angels, the company showcased multiple midsize vehicles. The first was a two-row SUV and the VF8 provided a baseline price of about $41,000. Additionally, VinFast put out a VF9 with baseline pricing at about $56,000. Yet this model was bigger in size, utilizing three-rows, prevailing as a sleek and modern SUV.

As noted from analysts across the country, entering a market with a concentrated amount of entrants can be rather difficult if firms do not have the proper funding, brand awareness, and cost effective products. But that is the thing that makes VinFast so special… they have it all. VinFast is home to an extensive research and development center, an assembly plant and options when it comes to EV car models. Their parent company, VinGroup has established resources and an already-prominent presence in Vietnam. Therefore, they know what it takes to be a key producer and national success. In Hanoi, VinFast has an assembly plant that is known for producing some of Vietnam’s best-selling cars.

In 2022, VinFast continued to take steps toward establishing their name and position in EV development in the United States. At a tech conference in Las Vegas, known as CES, VinFast used this platform for innovations within World Health, safety, and solving global challenges. In January of this year, VinFast was dynamic in introducing three new vehicles that are serving as electric crossovers; the VF5, VF6, and VF7. Their introduction also included a reservation program that provides a trip to Vietnam. They then outdid themselves further by announcing that they would be shutting down their gasoline vehicle operation, reiterating their commitment to entering the EV market at a highly competitive rate. They are no longer developing internal combustion engines. Their vehicles are purely electric, backed by their ability to enact these principles at their R & D center in Hanoi.

Then even more recently, in April of this year, VinFast highlighted their new models, the VF8 and the VF9, and for both models, they again offered reservation packages for these EVs. By doing so, it is apparent to everyone watching that VinFast is ready to deliver their vehicles and to develop a competitive edge in the American market. Their contracts upon pre-orders consisted of a $200 fully refundable package and the firm promised to deliver their vehicles to customers by the end of this year. On the other hand, their VF 6 and VF 7 models will be ready by next year. They are not stopping, they are entering the American market at a high velocity.

When it comes to the tech  and automaking industries, the only way firms last and come across success is by developing innovative and quality-products while simultaneously offering their goods at the right price. VinFast is trying to do both. Primarily, by enacting a distinctive approach to battery life, the Vietnamese company will NOT be selling lithium-ion batteries with their vehicles. Meanwhile, they are offering their EVs at a slightly lower cost than the national average. Thus, to compensate for this tactic, the firm is forcing their automobiles’ owners to lease their batteries. These payoffs are to be a part of owners’ monthly payments. Thereby making the monthly battery fees conducive with charging battery subscription fees that cost about $35 for a VF8 and $44 for the V9. In addition to receiving the per-monthly battery subscription, VinFast is allocating 310 miles of travel per month for each consumer. And after the 310th mile is utilized, they charge approximately 11 cents per mile for the V8 Model. Whereas the surcharge for the V9 is 15 cents.

The goal of this strategy is to provide a “Flexible Plan” and the target market is customers who travel less. However, the average American typically drives 39 miles per day, making the national average per month more or less than 390 miles. Thus, VinFast is capitalizing on this statistic, which would bring their monthly totals for extra charges being about $44.90 for the VF8 and $57.50 per month for the V9. These totals increased as a byproduct of the approximated average of $9.90 extra dollars per month for the VF8 and $13.50 for the VF9. Therefore VinFast is compensating for their lower prices with service fees, a strategy that will benefit them in the long term.

On the other hand, VinFast also offers a “Fixed Plan” which allots for unlimited range and costs about $110 per month for the VF8 and $160 for the VF9. And to make it easier on the consumer, the contract can be transferred into the hands of the new owner if a customer’s vehicle is sold.

By enacting these two plans, VinFast is able to expand their target market and add variation to their payment plans. Their goal is to apply these plans to every single one of their EVs sold until 2023, specialized for their earlier reservation holders. Thus, their goal is rooted in the ideology of producing vehicles that are feasible while also eliminating the fear of long-term battery health for consumers. The firm also provides a lifetime warranty on their batteries, promising that they will be replaced if the capacity for battery life slips under 70%.

VinFast primarily included these benefits to out compete already-established firms like Kia, Volkswagen, Ford, and Hyundai. Per example, Ford and Hyundai offer battery warranties, but neither of them are lifetime warranties, and they are based on mileage. Whereas, Vinfast is only providing new batteries based on capacity of health/lifespan. Furthermore, by offering long-term battery care, VinFast is challenging competitors like Kia and Volkswagen, who offer batteries, but not with a risk-free guarantee. The reason why VinFast can do so is because their production base is located in the perfect location; only miles away from the most concentrated region of global battery production, an area that makes up 90% of total global battery production. They also have fantastic and established rapports with these producers.

It is quite apparent that VinFast is up and coming. However, it is only the beginning of their journey. Sporting innovation, quick production, and unique payment plans, VinFast is on the rise. As EVs begin to surface all over the United States, it seems like the perfect storm for this Vietnamese automaker company. The world is changing fast and each day, tons of companies are looking to enter the market. Yet only so many can do so. If VinFast continues with this dynamic trajectory, it looks as though they may be one of the only international companies able to do so as a young entrant.

We are excited to see where they go. Innovative, dynamic, and at a high velocity, VinFast is ready to fight to be a top EV producer, here and overseas. 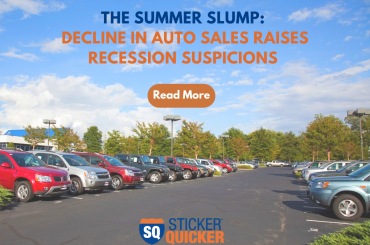 Recall Not Taken Care Of? That Will Cost You! 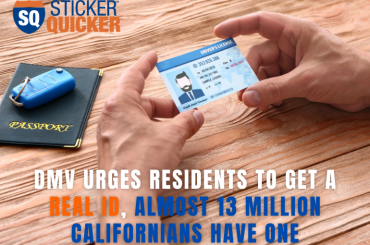 DMV urges residents to get a REAL ID, almost 13 million Californians have one 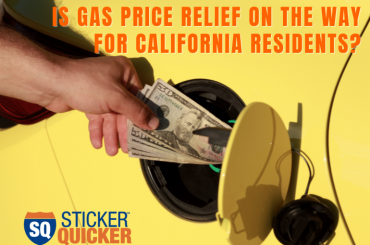 Is Gas Price Relief on the Way for California Residents?